A Review of The Road, a novel by Cormac McCarthy 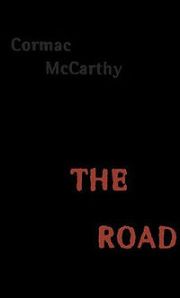 If future anthropologists are one day sorting through ancient literature trying to find some insight into today’s modern Western culture, they would do well to read this book. Not because it’s all that good, but because to understand a culture it’s often very useful to look at its worst fears. In this sense, The Road is a perfect artifact, a precise and unself-conscious portrayal of consumer culture’s unique nightmare: the end of consumer culture.

As a novel, The Road is rather dull, repetitive and sometimes annoyingly confusing in its basic grammar (for instance, with two main characters, both male and neither named, the masculine third-person pronoun runs rampant, often to the detriment of clarity). There is no real character development per se, and the ending is predictable and sentimental, so that the entire plot feels like what it describes: a slow march towards an inescapable but pointless end. Luckily, unlike the characters in the book, the reader does have a choice, and could easily just put the book down and walk away, to go do something better with her time, maybe work in her garden or learn how to knit.

If, instead, the reader decides to stick with it, what she will find unfolding before her is not the development of interesting characters or intriguing plot, but the characterization of a worldview. Modern consumer culture’s worldview, to be precise. In this worldview, nature, ecology, even time itself are irrelevant; the only thing that matters is man’s modern conception of civilization. If there is one sentence that could encapsulate the basic mythology at the heart of The Road, it’s this: civilization is God. Without civilization, man has no moral center, no sense of self, and is reduced to pure savagery. Because our culture defines man’s role as that of a consumer of readily-available products (rather than as cultivator or creator), the apocalypse is the story of man reduced to a scavenger, picking off the remains of civilization’s rotting, rusting corpse, moving inanely from one place to another looking for those last few items still left to consume.

Community is beyond the scope of imagination (consumer culture’s anxiety-driven individualism deteriorates into simple xenophobia and paranoia), and family bonds are poor shadows of their former ideals, composed of necessity and mere sentimentality. The novel’s protagonist lives for his son, not for the son’s sake, but because of what the son represents. He refers to his son as a god and as “the son of God” — but what does this mean, other than that he is the son of civilization. The “fire” that the “good guys” carry is merely the vain hope that somehow civilization itself can be rekindled and rebuilt, that the rules of civilized people can be reinstated, that the world can be rendered safe and familiar again. But in the end, basic biology and common sense overtake good guys and bad guys alike. In the end — an end consumer culture has always struggled to reject, avoid and deny — in the end, everybody dies.

All of this, if conceived intentionally by the author, might have made for a fascinating and insightful look into the mythology of our modern culture, an exploration of obsessive consumption and the conclusion to which its basic premises inevitably lead. Unfortunately, it seems quite clear that McCarthy is steeped in this worldview up to his eyeballs, with neither the awareness nor the perspective with which to criticize it. The ubiquitous, unexplained ash that pervades the book and kills off everything except, remarkably, man himself might as well be a symbol for the author’s ignorance about ecology and the cycles of the natural world. Because civilization is God, and man is assumed to be the only vehicle of progress and change, when civilization is destroyed, the world itself ceases to turn. Time becomes irrelevant — seasons change, but somehow this entails only a change in temperature, not its consequences; rain falls and winds blow, but these natural processes fail to cause any erosion, even after a decade.

Instead, everything is eerily preserved, an open-air museum of concrete and plastic and mummified corpses, the remnants of the dead civilization morbidly displayed in their uselessness. The Road is the nightmarish landscape of man’s presumed untouchability. Even with the end of civilization, the anthropocentrism of consumer culture persists, and its products are portrayed as effectively eternal and largely beyond the influence of the natural world. Indeed, the natural world extends only so far as domesticated dogs and cattle, which (of course, the protagonist tells us) perished without man’s intervention and stewardship. No crows, rats or cockroaches — not even microorganisms — speed the decomposition of the dead, no weeds or weather can break up the roads’ unflinching macadam.

The world of McCarthy’s novel is an unreal one, and therefore an unmoving and even irrelevant one. It is a world built upon the fears of our particular culture, one that cannot see beyond itself or imagine a world that survives its own destruction. It plays by the imaginary rules of a culture unable to recognize man as a part of nature, one that instead sees him as exempt from nature even unto his own demise. A wholly ridiculous notion, and a nightmare that can be laughed at once the sleeper has awakened. The world will not end with humanity, and humanity itself is not trapped in the suicidal and pointless obsession of consumption. When there is nothing left to consume, no products or plastics, man’s addiction to consumption will wane, he will learn how to tell a new story about himself and about the world, and maybe he will even remember himself, his self-creating, his ability to become. But the reader who sympathizes too strongly or thrills too easily at the ghost story of The Road is likely to busy herself with the frantic preservation of this current self-deluded way of life, rather than risk what today’s culture insists is the only nightmarish alternative.