I’ve been having so much fun answering all the cool and quirky questions readers have been sending in over the past month! (See the end of this post for more upcoming topics, and how to send me your questions.) And it’s a good thing, too, because it’s turning out to be a Q&A kind of spring! Right now, I’m in the middle of prepping for a three-day spiritual retreat this coming weekend, where I’ll be part of a Q&A panel discussing the intersection of Paganism and Unitarian Universalism. It promises to be a fascinating experience in both interfaith and intrafaith conversation! 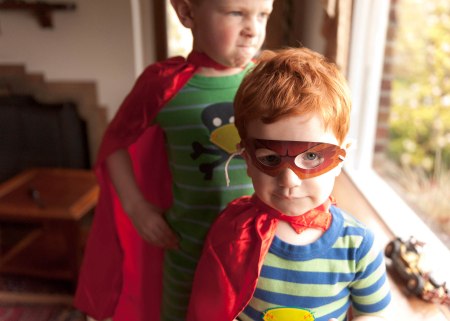 One thing I’ve noticed is that when Pagans meet each other for the first time, one of the first things we do is exchange our “Pagan origin stories.” Christians and other non-Pagans will often ask us “what?” questions — what exactly is it that you believe? what holidays do you celebrate? what the hell is an “athame”? — but when Pagans talk to each other, I think we tend to start with the “how?” — How did you become a Pagan? How did you choose the tradition you follow?

I’ll probably get both kinds of questions at this weekend’s retreat, so I’m glad I had a chance to practice answering them last month when Christopher Blackwell interviewed me for the Alternative Religions Educational Network’s newsletter. I still haven’t perfected a 15-second elevator version, though — so leave me your ideas and constructive criticisms in the comments for how to make it better!

When did you discover that the values you cared about were closer to Pagan than Christian?

It was a very long, slow process — maybe longer for my dad than for me, actually! When I first “came out of the broom closet” to him after graduating college, I remember having a conversation where he asked me all sorts of questions about what I believed and why, and at the end of it, he said, “Well… I think you can believe all those things and still be a Catholic.” I laughed and said, “I don’t think the Pope would agree with you!” But that’s the kind of openness to religious diversity that’s typical in my family. They’ve always been very supportive of my spiritual path; I think they kind of like that I’m “the weird one” in the family.

I’m sure a lot of Pagans have said this, but for me discovering Paganism and Druidry was never really about leaving something behind: it was about coming home to myself. From a very early age, I have always cared deeply about the natural world, and I’ve seen the powers and forces of nature and the many non-human beings who share the planet with us as expressions of the divine. I’ve also always loved music, poetry and storytelling — and art and creativity in general — and see them as vital practices for connecting authentically with the heart of my spirituality. All of that was true when I was Catholic, and it’s still true now. I also know lots of Christians who feel the same way, and many of those Christians share very similar spiritual practices — meditation, divination, chanting and breathwork, etc. So what exactly is the difference between me and them?

For that reason, for a while I continued to identify as Catholic, even when I was attending Pagan rituals and studying Paganism and Druidry. Revival Druidry appealed to me because it was often talked about as a way of life instead of as a religion — you could be not only a Pagan or polytheist Druid, but a Buddhist Druid, or a Christian Druid, or even an atheist Druid. So Revival Druidry allowed me to continue to explore nature-spirituality without turning my back on the things about my religious upbringing that I still wanted to hold onto. One of my inspiring role models growing up was Gandhi (who was Hindu and a polytheist, of course), who said that each person can contribute to the beautiful diversity of the world by exploring and deepening their own religious traditions. He encouraged people to dig deeper into their own heritage, instead of looking for a “better” religion to convert to. And so for a while, that’s what I tried to do — I tried to change Catholicism from the inside by embracing more earth-centered beliefs and practices while still identifying as Catholic. I wanted to “be the change I wished to see in the world,” and one of those changes was that I wished more Catholics were more open-minded, feminist, inclusive of diversity and aware of the sacredness of the natural world. I wanted to prove that Catholics could be all of those things (and even today, I know Catholics who are).

Eventually, however, I realized that holding onto Catholicism was starting to hinder my own sense of living an authentic spiritual life. Two things convinced me to stop identifying as a Christian. First, I came to realize that I just did not believe in a monotheistic God (along with some other key teachings of the Catholic church), and that it was actually disrespectful to claim to be a Christian if I didn’t believe something that most Christians take to be the foundation of their faith. Catholicism is a doctrinal religion, and part of respecting diversity is respecting that Catholics have a right to define their religion according to these doctrines. If I truly supported diversity, then I had to be clearer about how my own theological beliefs differed; otherwise, it was too easy for there to be misunderstandings or wrong assumptions. So that was the intellectual reason I left Catholicism.

The personal, emotional reason I left Catholicism was because of the institutional sexism and the abuse of children, which had a direct impact on me and my loved ones when it came out that a friend of our family had been abused by a priest when he was a child. People in my family have responded differently to that news, and to the abuse scandals more generally, with some of them officially denouncing the church and leaving Catholicism, while others have continued to identify as Catholic because, despite their horror at the corruption of power in the church, it doesn’t outweigh their belief in a loving God and their sense of being connected to the larger lay Catholic community. Like I said, in my family we see this as a matter of personal conscience, and we try to respect both of those choices. For me personally, there was simply no way I could be associated with a socio-political institution that would allow such abuse to happen and be complicit in its cover-up. I couldn’t bear the thought that my identifying as Catholic lent legitimacy to this institution, or might be used as political leverage to cover up corruption or promote sexism and intolerance towards people in the LGBTQ community. Although I sympathized with the desire to “change the church from within,” at the end of the day, the Catholic church is not a democracy and it severely limits the influence of women in particular. I decided that leaving Catholicism and completely withdrawing all support from the church was the only way, especially as a woman, that I could ever have any real impact.

That said, leaving Catholicism was not a huge change for me, precisely because my spiritual life had always been liberal, diverse and earth-centered. There’s a saying that “A fox knows many small things, and a hedgehog knows one really big thing” — and when you finally get a hedgehog to change his mind, he changes it completely. That’s why you get die-hard believers who become die-hard converts. But I was never really a die-hard believer to begin with, so I’m kind of an ambivalent convert, too. For a fox like me, changing a few beliefs or practices here and there doesn’t jeopardize the larger picture. In fact, I feel like I’m always changing my beliefs and practices, as I experiment and learn new things… My spiritual life is always evolving. 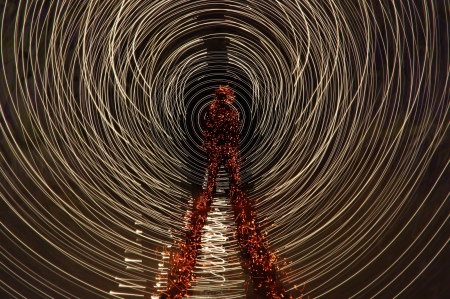 What’s your Pagan origin story? When did you decide to “come out of the broom closet” (if you have), and how did your friends and family respond? What’s the most memorable totally-weird question you’ve gotten from a non-Pagan about your spiritual life? (A sweet old lady once asked me, in all sincerity and concern, if the Brigid’s Cross necklace I was wearing was related to a Nazi swastika! Yikes!)

I’ve been getting great questions from readers, so here’s a sneak-peek at some of the Q&A topics coming up in May and June:

It turns out, you guys aren’t letting me get away with sidestepping the issue of polytheist theology! After my Q&A on the immortality of the gods (which I slyly turned into a literary analysis of social justice issues in Douglas Adams’ books), I got a slew of readers asking about my beliefs regarding gods and goddesses.

So I’ve decided to dedicate May to exploring the theme of Polytheist Theology. I’ll be answering these questions, and any others you want to send me on that theme. Incidentally, I’m currently training in the Waincraft tradition through the Ravens Hall Mystery School, so feel free to ask me questions about the Powers (gods and goddesses) of Waincraft, too!

Rites and wrongs in June…

In June, I’ll be turning my attention to Pagan and Druidic ritual, answering reader questions about how the use of animal bones and pelts as sacred tools relates to our respect for nature, and the role of “deep play,” creativity and aesthetics in creating meaningful personal practices. I might even put to rest the perennial debate over the Wheel of the Year once and for all…. — just kidding! I’m not that foolhardy!

If you have questions about Pagan practices — mine in particular, or just in general — send them my way. I’d particularly love to start a conversation about alternate approaches to polytheist ritual other than the “hospitality model”; so ask me about animism, shamanism, relational magic, grappling with anthropocentrism, or anything that sparks your interest!

How do you ask me questions? Glad you asked!

Do you have another question for the Q&A series you’re just dying to ask? All you have to do is leave it in the comments below, ask me on Tumblr, or email me.

If you’re the kind of person who is just too cool for Tumblr, you can also tweet at me (@alileighlilly) or tag me on Google+ with your question.