Cynicism is just the mask that hope wears when it ventures out at night. Read more... 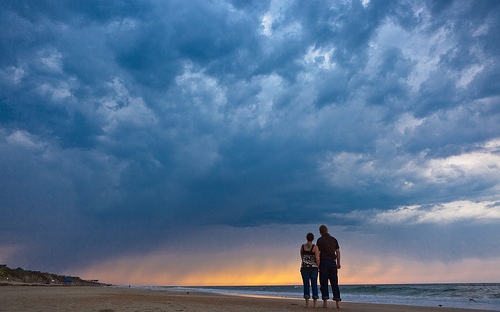 Today is the five year anniversary of my first date with Jeff, and the two-and-a-half year anniversary of our wedding. (Which means that, from this day forward, we'll have been married longer than we dated. Weird!) Recently I was looking back through old journal entries, when I found this poem that I wrote back in March 2010, one year after we'd met. As the French say, Plus ça change, plus c'est la même chose... Happy anniversary, love!

A Pagan friend of mine mentioned recently that Beltane isn't really a holiday they celebrate; being single and not all that interested in sex, they don't connect with a lot of the symbolism associated with the holiday. I can totally relate. Surely, Beltane isn't just a holiday for horny lovers. As part of the ever-spiraling dance of the seasons, there are a lot of blessings that this time of year brings that can be enjoyed by those of us who are chaste, single, or otherwise just not that interested in turning everything into a metaphor for girl-parts and boy-parts. So in the spirit of the season, here are seven things to love about a sex-free Beltane!