Last month, Jeff was away for two weeks traveling for work, and Cu Gwyn kept me company. He keeps me company most days when I’m working from home. If I’m at my desk, he’ll fold himself onto the windowsill to watch the birds in the neighbor’s trees. If I’m working on my laptop, he’ll curl up next to me on the futon on his favorite pillow. 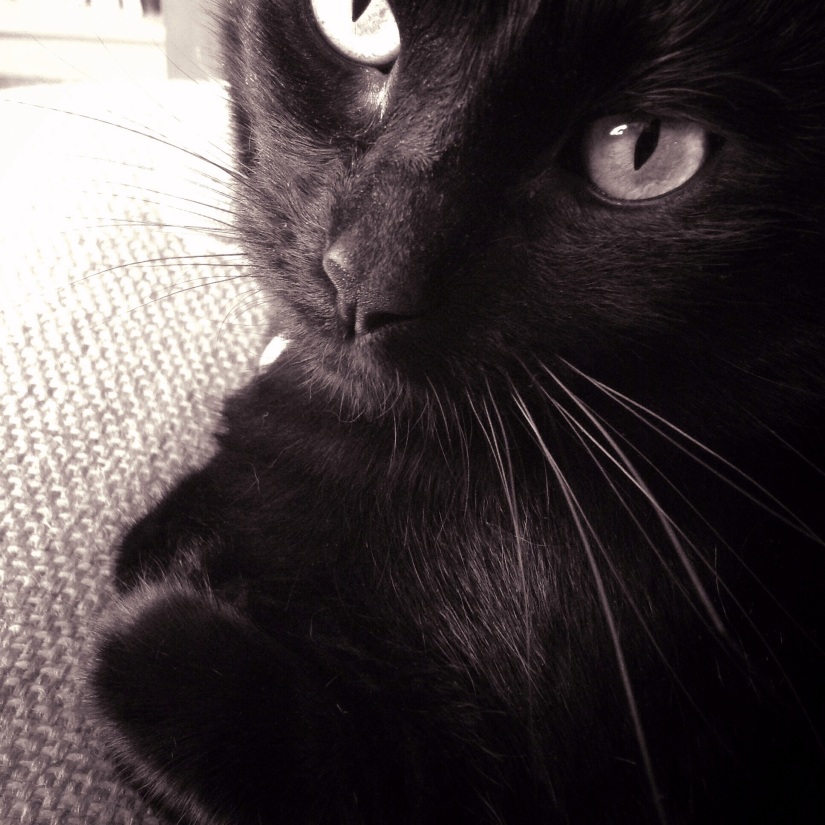 The first day Jeff was traveling, he did the whole texting-you-during-my-layover-to-say-my-plane-didn’t-crash thing. And I sent him back the usual saying-I-love-you-in-case-you-die-a-tragic-fiery-death. I took a quick picture of Cu, who was watching me from the comfy chair, and sent it along with the caption “Your reason to come home again.”

That’s how it started. The next day, when we checked in with each other (me from the futon, Jeff from his hotel room), I took another picture of the cat to send to him. “Remember, Cu Gwyn misses you, so you have to stay safe and come home soon.” After that, it became a kind of tradition. Each day while he was away, I sent Jeff a picture of the cat.

Because I’m a perfectionist (and a slightly strange person), things quickly spun out of control. I became somewhat obsessed with taking adorable cat pictures to send to my adoring husband. To mix things up a bit, I began stalking the cat around the house looking for moments when he was doing something especially precious.

Dinner time was particularly good for getting him to hold still. 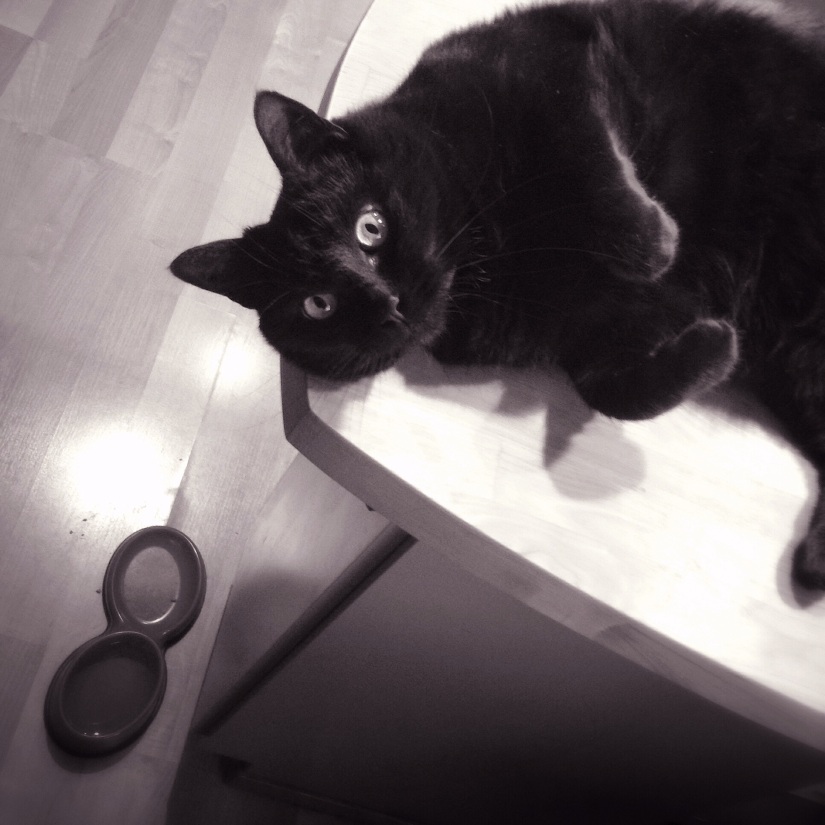 Catching him in the window was a bit more difficult. When he’s intent on birdwatching, he doesn’t like to be disturbed. When he’s bored, lazily looking for something to entertain him, he’s much more nosey about why I’m hovering around with a clicky-noise-maker-box pointed in his direction. 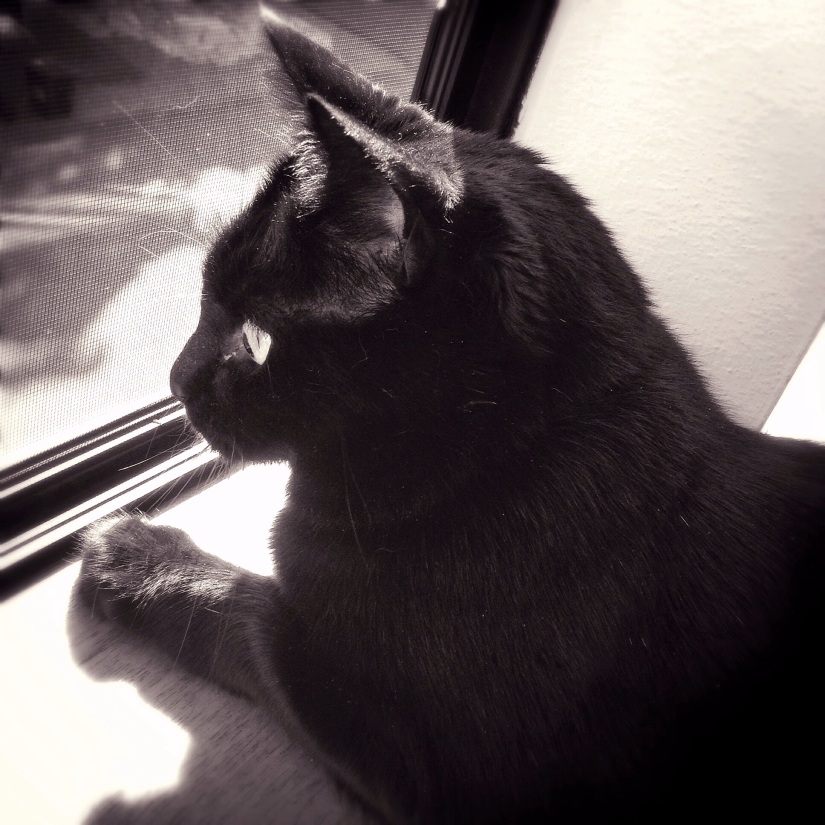 The more pictures I took, the more I found myself entranced with the little details.

The way his tail curved. 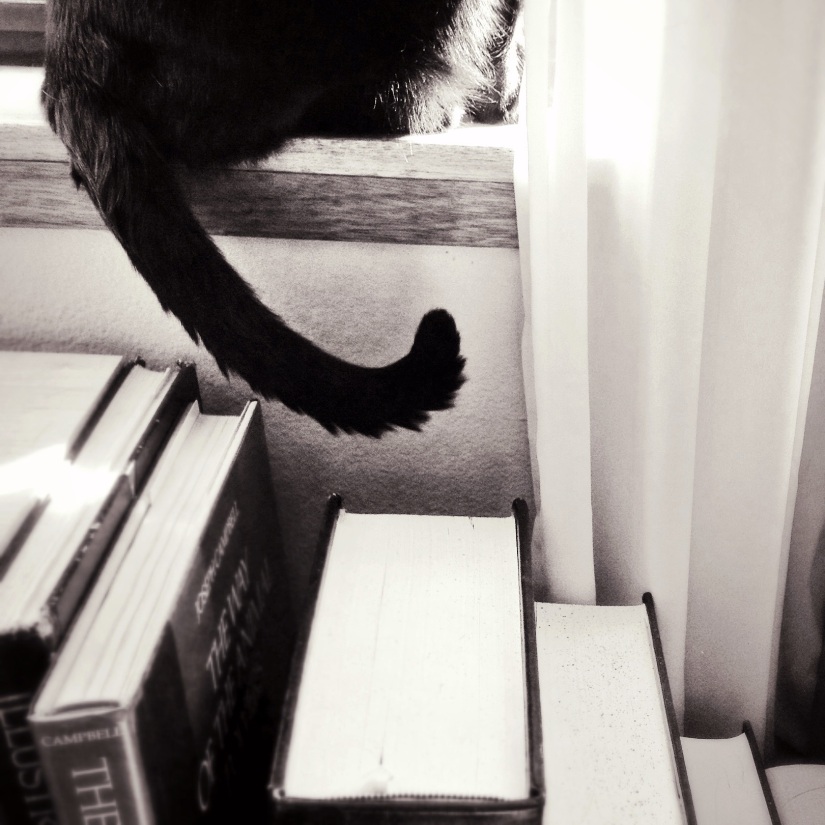 The way his nose glistened. 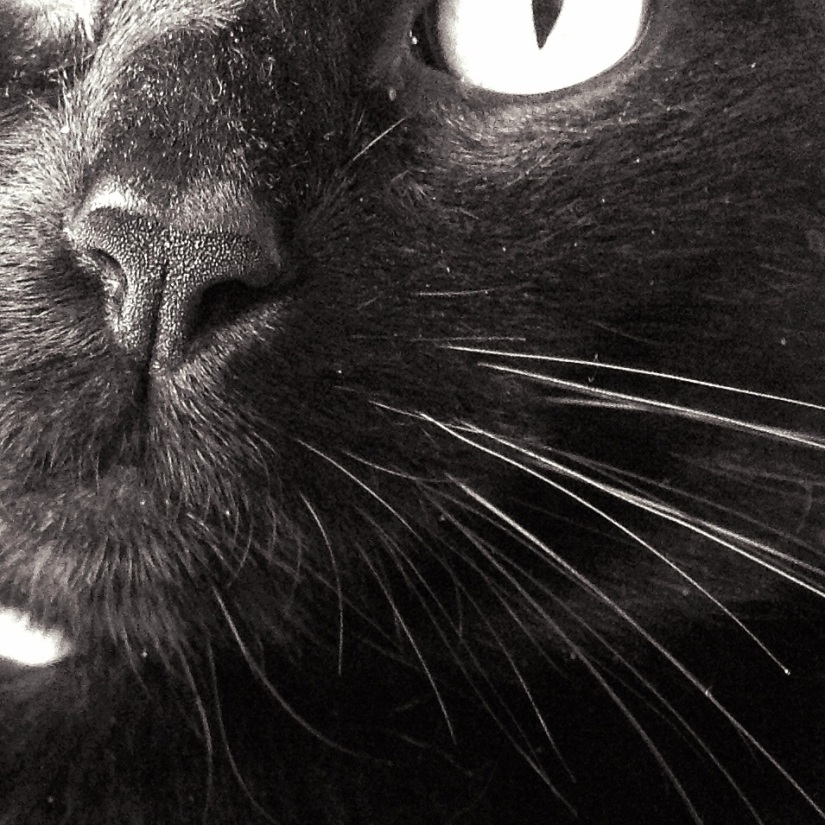 The way sunlight illuminated the fur of his paws. 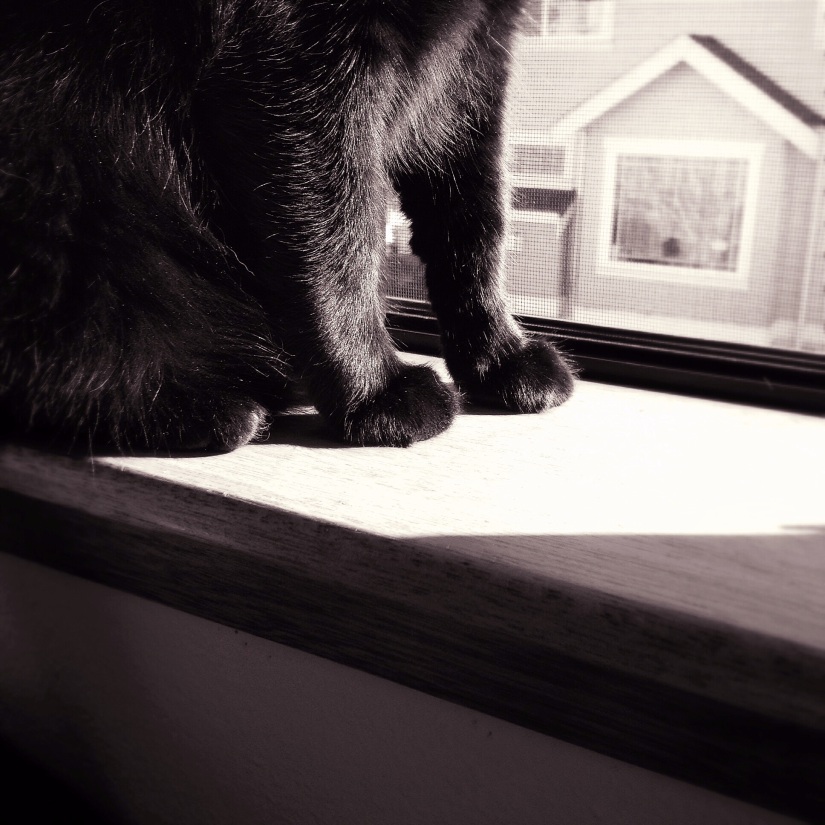 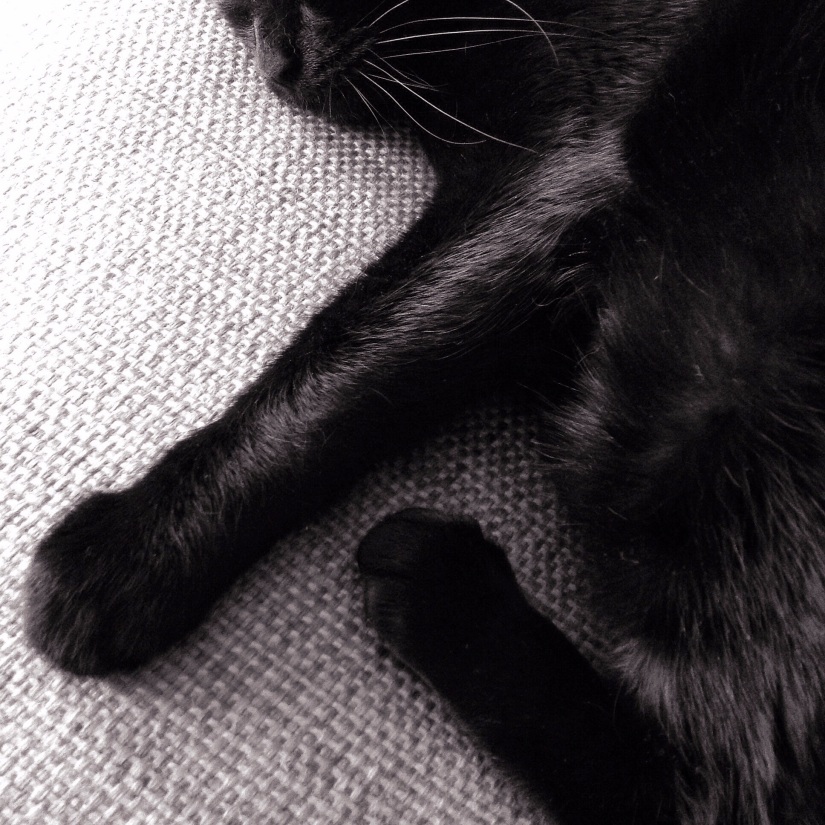 The way he could drape himself almost anywhere. 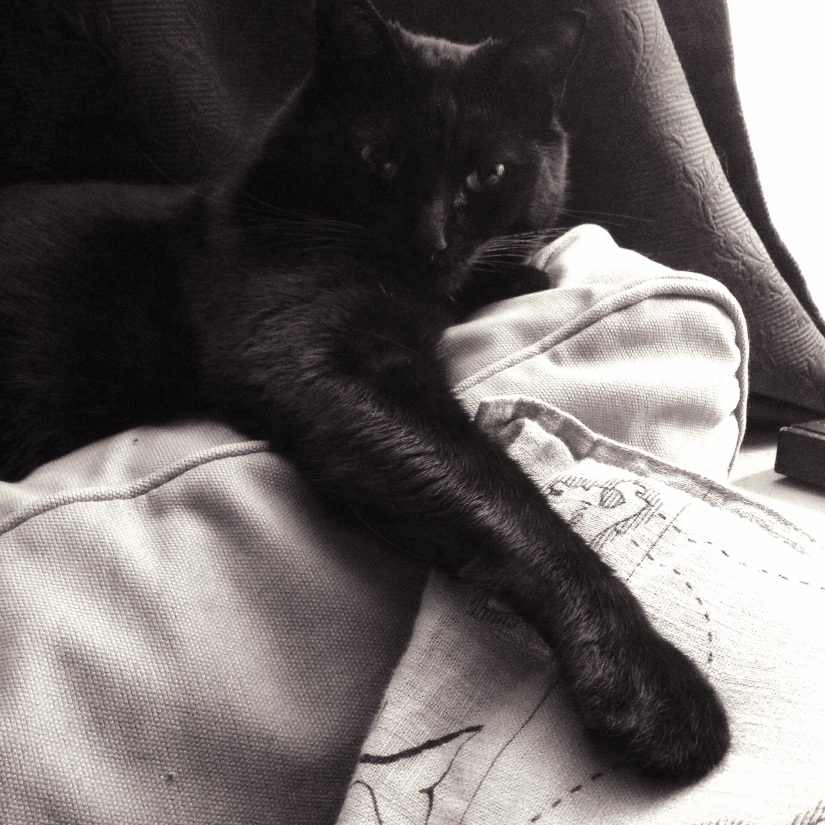 The way his black form defined the space around it, a kind of dark gravity that drew forward shapes and contours and textures, playing havoc with foreground and background.

I especially liked when he curled up next to me on the futon, like an inkblot spilled across a canvas. 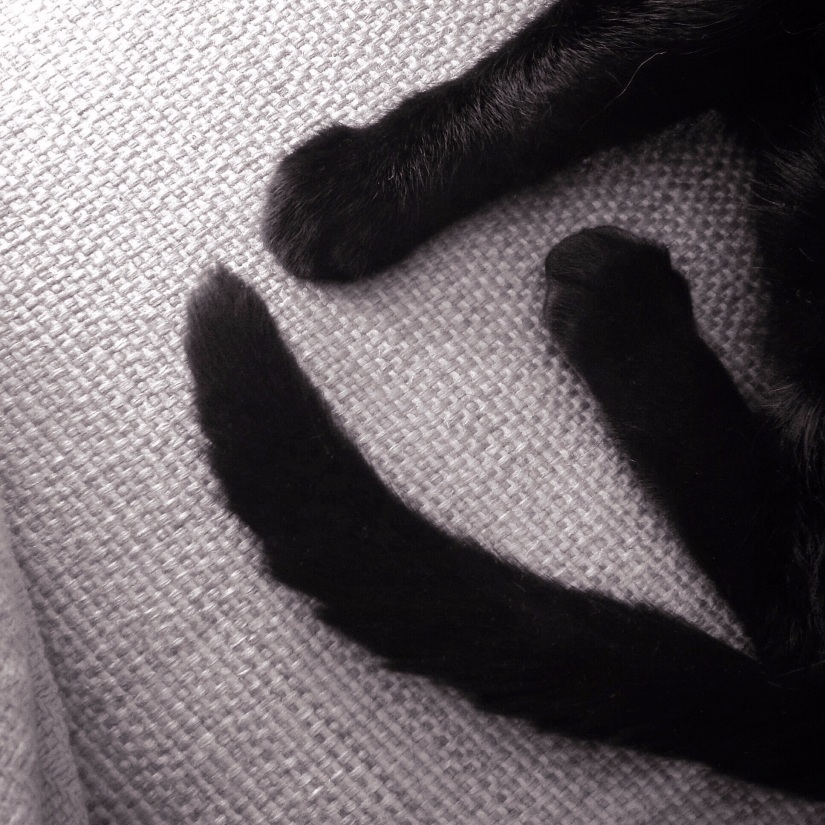 In case you’re wondering if this post is going anywhere, the simple answer is: no.

This post is about small things. It’s about moments that we take for granted.

It’s about the simple companionship of ordinary objects and creatures and beings, and the way their presence shapes our lives even when we think we’re not paying attention.

A part of us is always paying attention. There is always something within us that is attending to the textures and contours of things, that responds to the way that light falls or a curtain moves near an open window. 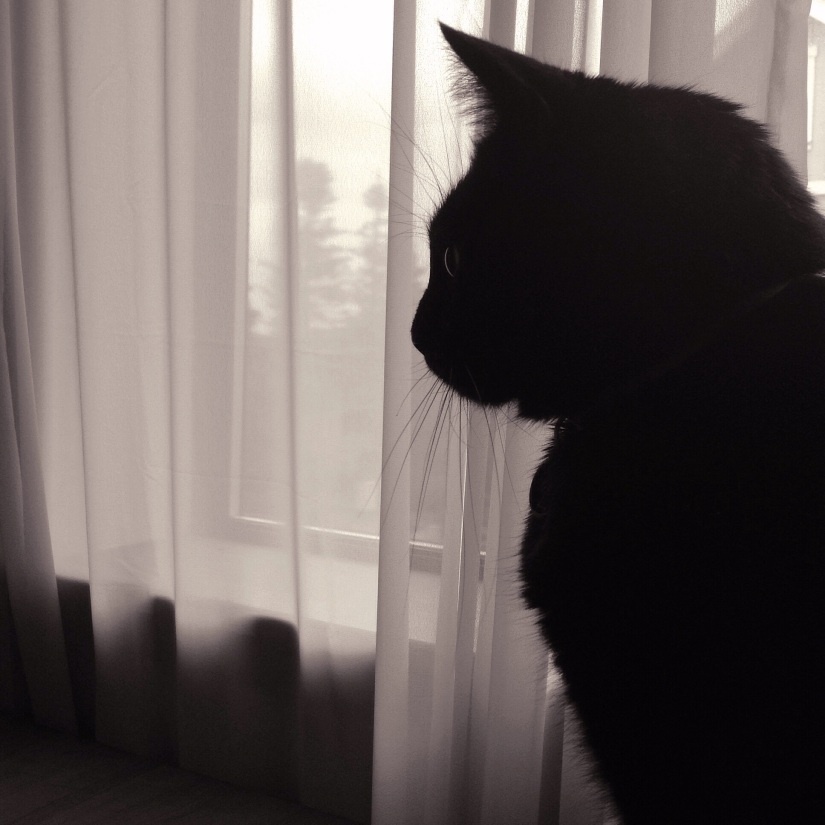 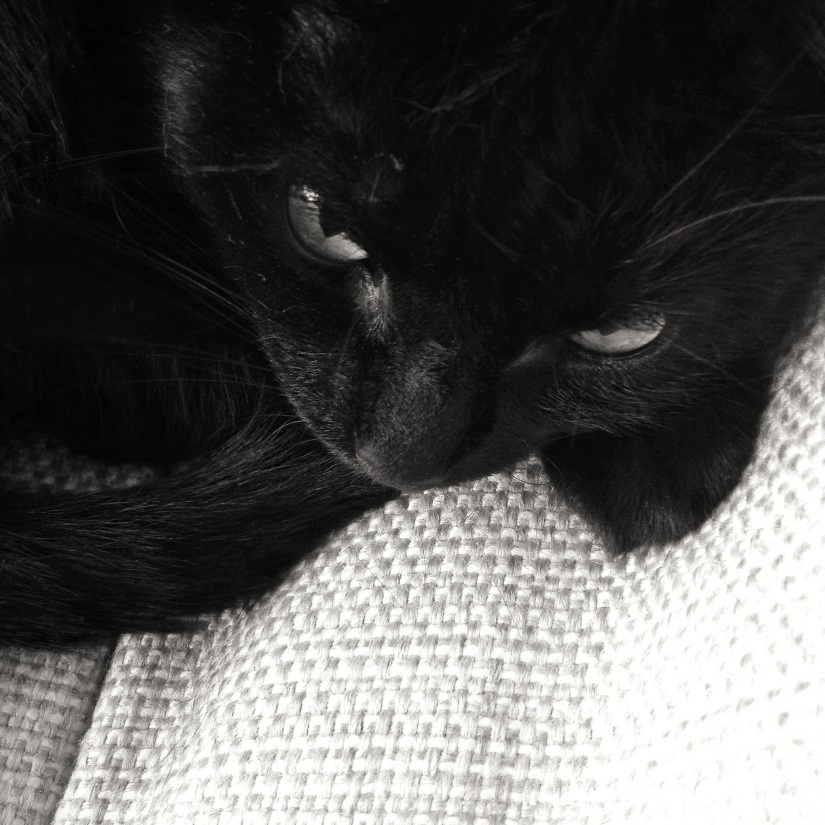 In a dream I had last May, I am driving along winding, bumpy backroads in a large station wagon with an older woman next to me. In the backseat, there are a lot of suitcases all piled up, and a black cat and a little girl. In my journal, I wrote:

“The cat is like an anchor, blinking impassively, like a black hole or a stitch of thread that penetrates all time and holds my mind together.”

Maybe this is what familiar really means to a witch.

13 thoughts on “The Familiar”